We have a slew of classics in our Literature and Rare Books collection with literary works by Ralph Ellison, Ernest Hemingway, James Baldwin Sylvia Plath, F. Scott Fitzgerald, John Steinbeck, George Orwell and many others.

All these authors have something in common: they have had their books challenged and/or banned many times throughout the years.

During Banned Books Week, we posted staff picks of their favorite classic banned books from our collection. 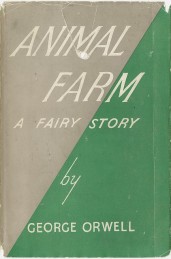 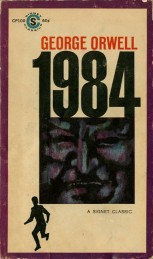 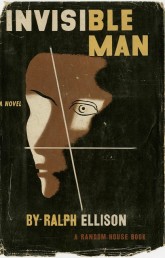 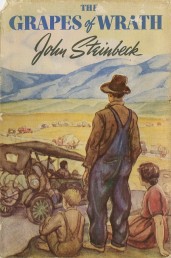 Among the literary classics selected by our awesome staff were:

Five classic books, each with a different story to tell but all equally informative in their lessons and warnings.  Each of these books were chosen because these stories spoke to the readers on a level that has stayed with them.

It is understandable why so many of the classics have been challenged and banned throughout the decades.  These novels often touch on heavy topics and situations that may not be suitable for younger readers.  However, a book from the early 20th century has a story that needs to be told to the next generation particularly if it has been challenged or banned since it was published.

That’s the reason we celebrate banned books every year, isn’t it?

Books should be read.  Books should teach us.  Books, especially the classics, should not be silenced.

If your interested in learning more about our collection of literature and rare books, feel free to visit Hornbake Library or contact us.

Elena Macias is a Special Collections and University Archives student assistant in Instruction and Outreach where she assists in various design and social media projects.  She is pursuing a Masters in Journalism.

It’s a rainy day ☔️ in Maryland!
The #cicadas have arrived at Hornbake Library!
#fridayfun with a wonderful #childrensbook written by James Baldwin!